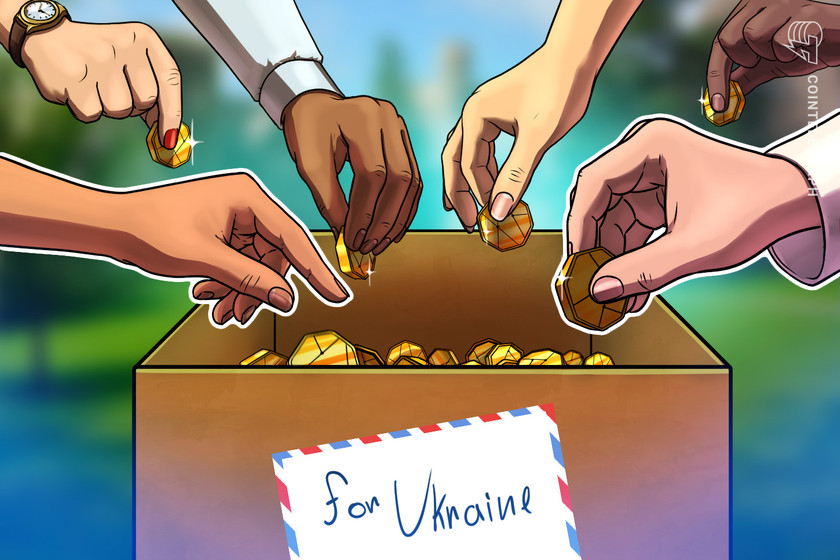 While the West is growing increasingly concerned over Russia’s potential use of cryptocurrencies to evade sanctions, some Russians are using their Bitcoin (BTC) to help the Ukrainian people.

Pavel Muntyan, a renowned Russian animation producer and creator of the animated web series Mr. Freeman, has called on anti-war Russians to support Ukrainian citizens amid Russia’s ongoing military attack on the country.

Muntyan took to social media on Tuesday to announce the opening of a cryptocurrency donation address for Russians who want to support Ukrainian people anonymously, as Russia has banned its citizens from helping people in Ukraine.

On Sunday, the Prosecutor General’s Office of Russia officially warned that any assistance to Ukrainians amid Russia’s “special operation” in the country will be considered high treason, with Russians risking jail time of up to 20 years.

As such, Muntyan is now urging Russians to provide financial support to those who have suffered from the military’s operations. Using his crypto address, Russians can now donate with any tokens on the BNB Smart Chain, Polygon, Ethereum, HECO and Avalanche blockchains without disclosing their identity. He wrote:

“Now you can help Ukraine and do it anonymously. With the help of crypto. […] All the money will be used to provide Ukrainian civilians […] with essential goods, as well as to support the families of soldiers of the Ukrainian army.”

He stressed that raised funds will only be used to help innocent people and are not intended to be used to support any military operations.

“Mr. Freeman” is a fictional character in Muntyan’s eponymous animation series that is known for promoting principles of freedom as well as criticizing the lifestyle of the modern everyman. The series has over 1.5 million subscribers on YouTube and over 150 million combined views at the time of writing.

Muntyan has been deeply into the crypto industry for some time, introducing his own cryptocurrency in collaboration with Free TON, one of the crypto initiatives that spun out from Telegram’s original Telegram Open Network project. He’s also into nonfungible tokens, launching several NFT drops on platforms like OpenSea.

Apart from his involvement in crypto, Muntyan is known for supporting opponents of Russian President Vladimir Putin.

Happy 12 years of Freedom @MrFreeman0 from friends at the Free TON @CommunityTon Congratulations @greenmoon2 and the rest of the community. I think even @NVMtheShitcoins and @Mrbateman3131 are celebrating that anniversary today! pic.twitter.com/eeAZifzJDm