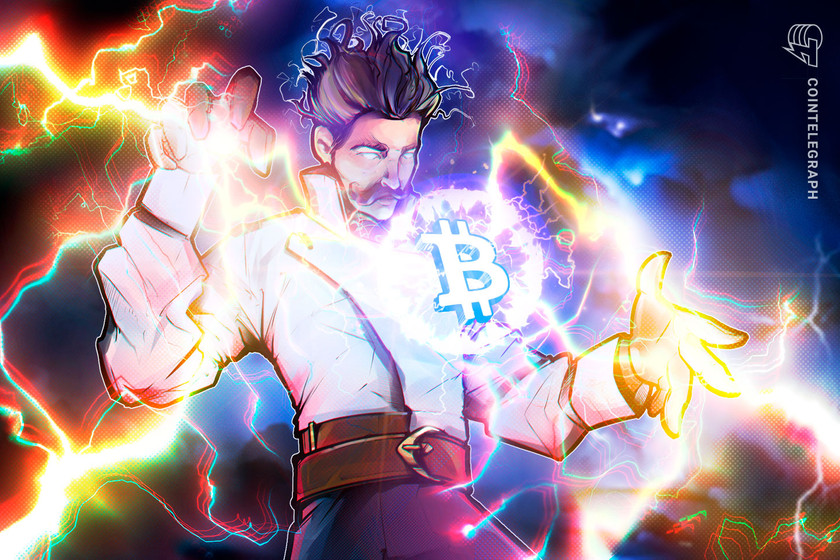 In a Twitter Spaces event on Dec. 28, Saylor shared that the company is exploring software and solutions that utilize the Lightning Network, such as solutions that “support” enterprise marketing as well as a cybersecurity solution aimed at corporate websites.

The Lightning Network is a layer-2 payment protocol layered on top of Bitcoin’s blockchain that allows for off-chain transactions, raising payment throughput and lowering transaction fees.

A business intelligence and tech company known for its massive Bitcoin holdings, MicroStrategy has been looking to beef up its Lightning Network-versed team, most recently announcing it was looking to hire a software engineer to build a Lightning Network-based software-as-a-service platform.

During the Twitter Spaces conversation, Saylor explained that chief marketing officers could potentially use the Lightning Network to incentivize customers — such as giving out satoshi rewards for engaging in activities such as posting good reviews or completing surveys.

The company also wants to make it possible for any enterprise to “spin up” Lightning infrastructure in an “afternoon,” he said.

The MicroStrategy chairman again made mention of his “Lightning wall” cybersecurity idea, essentially a Bitcoin-based paywall that would protect websites from cybersecurity attacks by requiring visitors to put down a deposit in Satoshi.

Saylor explained that users who want to access sensitive corporate websites would be required to deposit “100,000 satoshi” to “guarantee” safe passage, which would be returned instantly once the user has finished their visit.

He noted this is something that credit cards could not offer due to the time delays involved in getting funds back, stating:

“The problem with credit cards is that you couldn’t reasonably post $20 to 100 websites each day and then you get the $20 back in one second, could you?

Saylor believes it is only a matter of time before someone creates the Lightning version of the “Netscape browser,” which he believes will involve “something like” a Lightning wallet that holds dollars and various cryptocurrencies.

He believes that if this wallet is created in a non-custodial way, it has the potential to spread to 100 million people.

During the Twitter Spaces conversation, Saylor again hailed the Lightning Network as the “internet of money” and praised its “inspirational” progress.

He said the company has teams working on it and are looking to bring something out by “next year,” adding that it’s more likely it will be able to show something in the first quarter.

Related: Bitcoin Lightning Network to be used in fiat transfers between Europe and Africa

In October, Michael Saylor retaliated against Eric Wall over his suggestion that Saylor has not made more than three Lightning transactions in his life.

Most recently, a new type of BTC address was introduced. Lightning Addresses allowusers to make transactions on the Lightning Network almost instantly, as opposed to the 10-minute average for regular Bitcoin transactions.