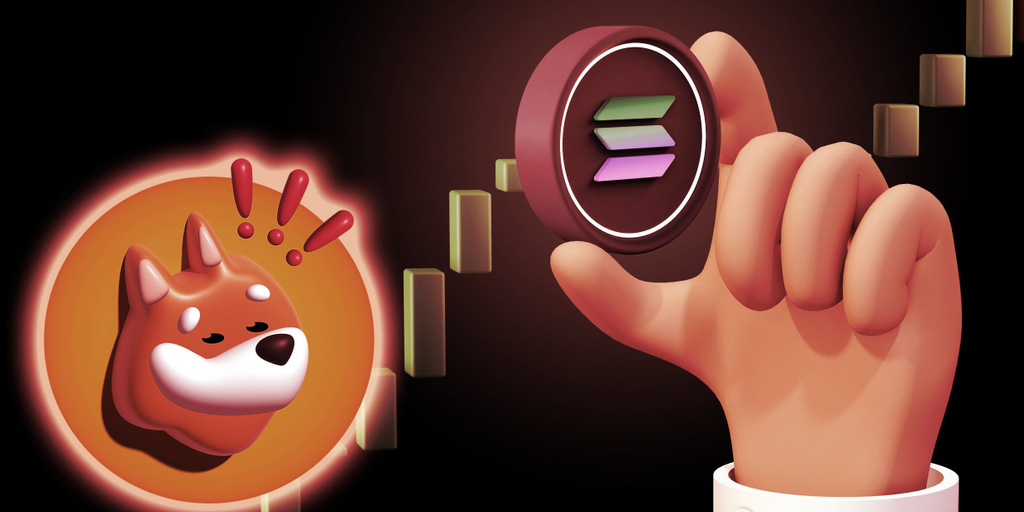 After collapsing more than 80 percent over the course of last year, Solana is having a stellar in 2023. The price of SOL has more than doubled this month, rising more than 58 percent to $23.70 in the last seven days, according to CoinGecko.

Not only that, but the once-celebrated “Ethereum killer” saw its highest trading volume since the week of the spectacular collapse of crypto exchange FTX, which crashed Solana along with most of the crypto market in November.

It’s a remarkable rebound for Solana. Less than a month ago, SOL was closing out the year down 94 percent, hitting a two-year low of $8.17 and dropping out of the top twenty coins, per CoinGecko data.

Now, Solana briefly bumped Polygon MATIC out of the top ten cryptocurrencies by market cap, which cleared $9 million on Saturday afternoon. Its price is also at its highest point since FTX fell. In one 24-hour period last weekend alone, Solana jumped 21 percent.

Can I just say, I’m proud of all you that have been GRINDING through this ass kicking.

Really it’s all of you that make this place that special. It’s why I choose to be here, it’s really the chain that feels like 🏠

Solana’s recent run of good news was boosted by BONK, a Solana-based meme token, which set off a flurry of buzz around Christmas and pushed the price of SOL to a seven-day high at the turn of the new year. Coin collectors seemed eager to celebrate a new dog-themed entry into the marketplace, alongside Dogecoin (DOGE) and the Ethereum-based token Shiba Inu (SHIB).

BONK logged an eye-popping 3,300% spike in the first week of the year—albeit to $0.00000487, according to CoinGecko. While a subsequent five-trillion token burn didn’t keep BONK on an upward trajectory, its price sliding 69 percent last week, it’s still sitting atop a $57 million market cap. In fact, its price even rose 20% over the past 48 hours.

Another contributing factor may be the planned migration of Helium to Solana. Announced in September, the price of SOL saw a small bump as a result, while Helium saw its native token value fall. But the team behind Helium—a distributed wireless network that offers users crypto tokens as rewards for sharing their home internet service—has presented a unified front in favor of the long-term benefits that Solana will provide.

“You can do stuff and it happens instantaneously,” Nova Labs CEO Amir Haleem told Decrypt, praising Solana’s much-celebrated transaction speed, and saying development work will be “quite a lot easier.”