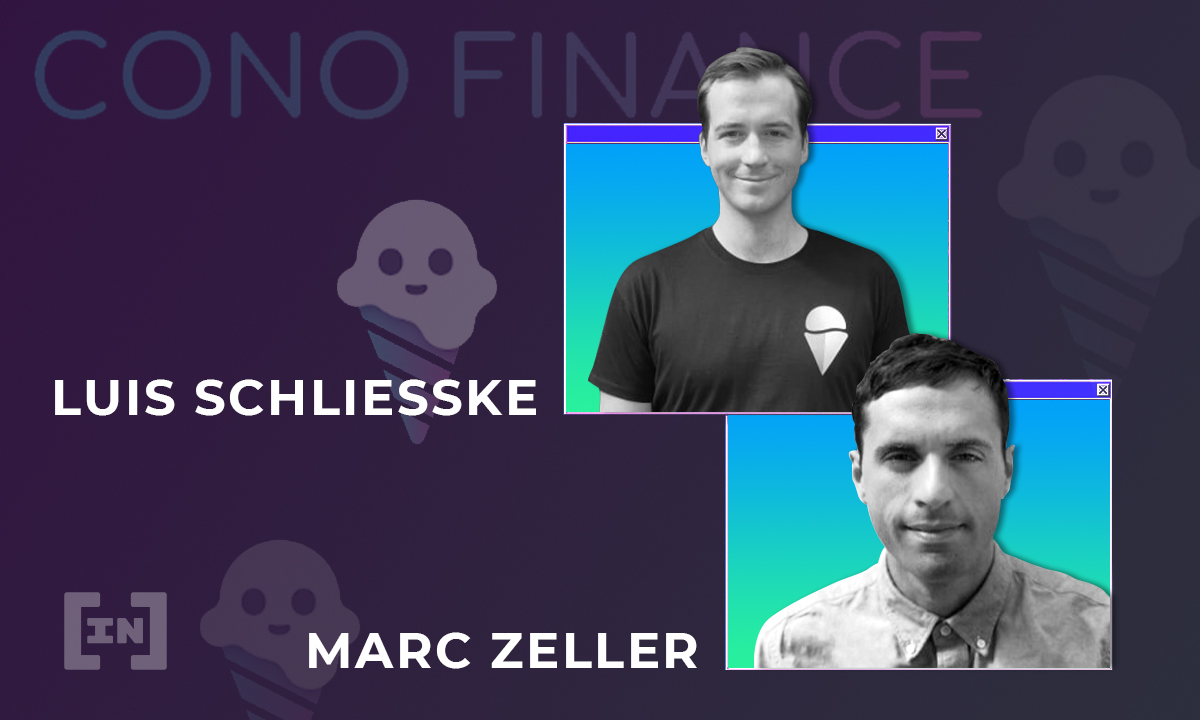 BeinCrypto spoke to Luis Schliesske from Gelato and Marc Zeller from AAVE about their joint project, Cono Finance. They discuss how it helps protect user debt positions and how automation brings a better user experience to DeFi.

Decentralized Finance (DeFi) isn’t always the safest bet for those participating in it. One area that is specifically risky is unprotected debt positions. This exposure can result in heavy losses due to sudden liquidations.

In addition to being a problem for those already invovled, it also discourages those wary of entering the space. As a result, it is a key hindrance to broader adoption.

After being on a panel together in April 2021, Schliesske and Zeller began discussing this issue and the missing protection for users on Polygon, specifically.

“I think it’s still quite amazing how many users nowadays are completely unprotected. They’re just open in all positions, and they’re like, okay, let’s hope we don’t have a crash. But everyone is degening, so everybody is still not super safe in that position. They’re trying to get as much out of it as possible,” says Schliesske.

As a result of their discussion about this risk, Cono Finance was created. The platform went live on Ethereum mainnet today, October 19, and protects users’ AAVE debt positions.

Zeller explains that Cono Finance is the best of both worlds for users. It gives them the benefits of DeFi with security from abrupt liquidations.

“It’s important to take a step back and say that in decentralised finance the cons to the overall security and the really big liability of protocols is the over-collateralization of positions because there’s always more collateral than the value of the debt,” says Zeller.

“Usually, that process goes into what we call the liquidation process. So basically anybody in the world, when the condition is met, can buy back the collateral and pay back the debt on behalf of the borrowers at a lower price than the market rate, and that’s why DeFi is resilient,” he says.

“The whole point of Cono Finance and this kind of automation tool is that when the conditions are met, the user can basically self liquidate his position and save a lot of money, in terms of the liquidation penalty on the normal process, and the protocol is still safe,” he says.

“So it’s basically the best of both worlds because the protocol is still secure and the user gets the best possible deal, given the market conditions. So it’s really important and I think it’s like an art in decentralised maintenance because you keep the security and the reliability, which is important for everyone, but you give the best possible deal to the end-users.”

In support of this statement, Luis sees it as a “hack” for AAVE.

This kind of protection is a first for Polygon, upon which AAVE sits. However, there are other similar projects for other blockchains, like DeFiSaver.

Schliesske explains that a big focus of Cono Finance is building this solution for developers. This means it is reusable for any UI, not just dedicated to one specific protocol like AAVE.

“We want to go to other UI’s like Instadapp, or even a DeFiSaver UI to basically use the backend of all of this, instead of a front end. What we have is more reusable component for like any UI really,” he says.

Automation as a better user experience

Cono Finance’s automatic response is key to the benefit it provides users. It’s not waiting for a third party and acts in a trustless state with automated smart contracts.

Zeller and Schliesske both explain that this is central to the sits security.

“The cornerstone of security is that when things go wrong on the market, go in the wrong direction compared to whatever the user position is, you need someone to pay to the debt on behalf of the user. We use the Gelato technology, it’s the user that pays itself back, and there’s no actual liquidation that happened in the eyes of the protocol because everything is automated,” says Zeller.

“The user wins, the protocol win and DeFi as a whole wins, because everything is more reliable, and you don’t have to rely on a third party that may or not be present at that momen. That is crucial for the security of the whole protocol. So it’s benefiting every actor involved in that process.”

Smoothing out the bugs in DeFi

Schliesske explains that this kind of win-win-win is beneficial for those who currently participate on AAVE and the space overall. For him, it improves the user experience and removes buggy barriers to entry.

“I think in general automation also brings a much better user experience. Not only because you’re more secure. I mean for us, we sign and send a lot of transactions every day but to be honest, for me, it still has a lot of friction, even though I’m used to it,” he says.

“Imagine someone who might not be as active and still wants to be on AAVE. Imagine the stress, you have when you now have to go online because the price is down. Then maybe you don’t have Wi-Fi maybe your MetaMask is buggy at the moment. All these manual steps you have to do just to get a transaction plan. Basically all of this is removed if you automate anything,” says Schliesske.

For Schliesske and Zeller, the future of DeFi is a process of fewer steps and more enjoyment in participating.

“To me [the future] is using a blockchain without even knowing there was a blockchain involved,” says Zeller.

He explains by illustrating an example from his own life. He recently had to update his Ledger wallet. Despite his years of experience, he struggled because of a small extra step required that he was unaware of. As a result, he had to put in the extra work to figure out the issue.

“If someone that is very experienced in the space, takes one hour to figure out the solution. What is the situation of someone that has only been in the space for three days? I have the feeling that all these kinds of solutions like Cono Finance allow us to remove a lot of steps that are currently involved by interacting with crypto assets ecosystem and decentralised finance ecosystem.”

“So many users, the moment they have all these steps, call them unnecessary or whatever, but at least they’re not fun, right. I think it should be more fun like NFTs are fun. People click a button, and they get something and look at it,” he says.

“In general, I think the interfaces need to be less focused on the mechanics of sending and signing transactions and interacting with smart contracts. All of this needs to be hidden away, and then we can have a nice fluffy Web 2 style kind of world again where people are just in front. In the background, this is all translated to complicated Ethereum smart contract stuff.”

Artificial Intelligence and Bots are Now Growing Our Food

On-Chain Financing – What is it and How Does it Work?

zkSync Is About to Launch Its Mainnet 2.0. Here’s What to Expect

Shiba Eternity Ready for Worldwide Launch: How to Play!